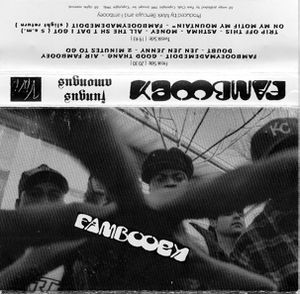 Fambooey was a popular funk band based out of Bloomington, Indiana from the early 1990s until 1997 and then re-formed in Atlanta around 2002.

The Fam included (at one time or another):

Fambooey appeared on Live from Bloomington 1994,1995,1996. Their debut album was a cassette release on Vivi Records entitled Fungus Amungus. Their CD releases followed starting with Succulent which was followed by Live from Club Mildew.