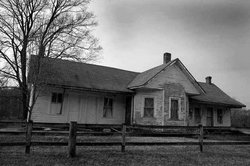 Elkinsville is a small town approximately 45 minutes' drive from Bloomington in Brown County. Most of the town was destroyed in 1964 when the US Army Corps of Engineers claimed most of the town's land as a floodplain for the new Lake Monroe Reservoir. All farms up to 560 feet above sea level were claimed, though Elkinsville still has residents today. In addition to homesteads, the government razed the church, two one-room school houses, a blacksmith shop, a mechanic's garage and a general store. Former Elkinsville residents have been gathering annually since 1987 in current resident Bill Miller's backyard. 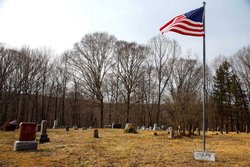 Located off the main Elkinsville road is the cemetery where many of the town's longtime residents and their families are laid to rest. Easily accessible via Elkinsville Cemetery Road, it has a covered picnic area as well as a rudimentary restroom maintained by volunteers. There are close to 150 gravestone markers, some dating back to the mid-1800s.

Elkinsville is located south of Brown County State Park. Though on most maps it appears that you can reach Elkinsville via Blue Creek Road, when approaching from the western side of Brown County State Park (accessible via Steele Road), Blue Creek is unsuitable for driving up to Elkinsville. You must approach from the Story side via SR 135. From Bloomington, take State Road 46 toward Nashville. Go through Nashville and turn right on SR 135 toward Story, Indiana. When you come to the stop sign in front of the Story Inn, go straight (past Story Inn). You are now on Elkinsville Road. It will become gravel after a few miles.

Be advised that at times, some of the older, abandoned roads can get muddy and aren't navigable without four wheel drive. There is little to no cell phone service. While there are houses that appear to have phone service, they are very sparse and not on the abandoned roads. Most of the existing homes have ample signage warning people to keep out.