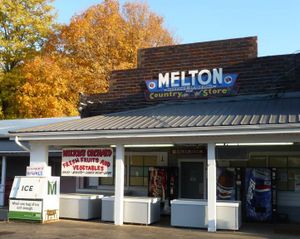 Melton's Orchard and Country Market was a small market selling locally grown produce. It was located at 4445 W. State Road 45.

The orchard was started by Walter Duncan in the 1920's and was known as Duncan's Orchard. It was passed to his son-in-law, James N. Melton, some time later.

The orchard was purchased by Don Tatlock in 1985 and he ran it until his death in 2004. His son, Jeff Tatlock, ran the business until the economy dived in 2008. It closed for the final time on October 31st of that year.