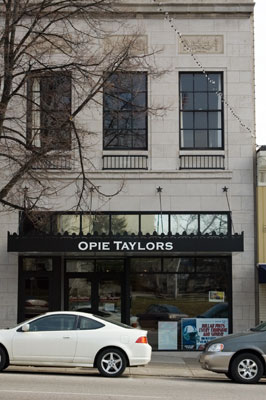 As seen from across Walnut Avenue

Located on the square downtown, there is still some question as to the presence or absence of an apostrophe in the business name. The menus, sign and phonebook are not in agreement. The menu features American food including barbeque and large burgers, including the "Tank Burger", which apparently is popular with Indiana University football players. The restaurant is housed in what is known as the LouBen Building.

The restaurant moved to its current location from a block north, next to the Bluebird in the late 90s, early 00s.