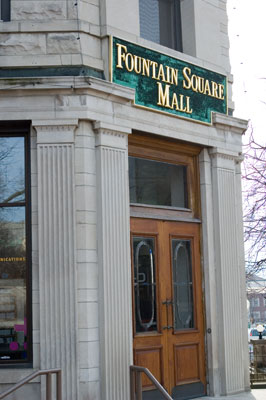 As seen from the sidewalk

Suso Technology Services is an internet services company that focuses on website/email hosting and dynamic website development, but also offers some Linux support. The corporation itself was founded in June of 2004, but Suso as an organization has existed since October of 1997.

The server suso.eigenmann.indiana.edu was first installed and made public on October 31st, 1997. From that point, it started to serve many of Mark Krenz's friends' websites as well as his own. Email and other server-side internet services were also provided. Over the next few years Mark continued to add both more services and more users until it grew into a respected service with more than 20 accounts. In August of 1999, Mark moved off campus to an apartment located right across the street from Graham Plaza, which is where Kiva Networking is located. Using the wireless technology of the time, he was able to build a reliable internet connection that allowed him to host all 3 of the servers being used at the time from his apartment bedroom. After a series of long power outages in downtown Bloomington in 2002, it was decided to move Suso to a dedicated colocation facility in the basement of Graham Plaza, where it remained until March of 2009. Througout this time Suso was considered more private and most people only found out about it through word of mouth and by knowing Mark.

The company incorporated in June 2004, and in August moved into office 008B on the lower level of Fountain Square Mall. On September 17th, 2004 the offices opened to the public. The company has grown dramatically since then.

On January 11th, 2007 they bought a second 42U server rack because they were running out of usable space in their first rack. They also reached a point where they where using more than 20 amps of power and one circuit breaker was not enough.

In late 2008, it became clear that they would need to move beyond Kiva's facility. After exploring many options, they decided in January 2009 to build their own server room in their new office suite in Fountain Square Mall Suite 222. They finished building the new server room in February and finished moving all existing equipment into it by March 8th.