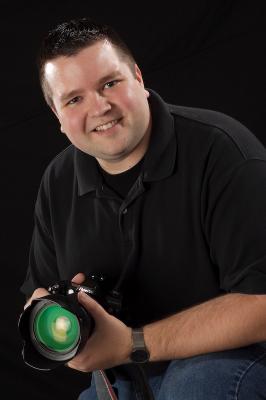 Originally born in Niles, Michigan, Chris Robb spent most of his childhood in the Kalamazoo, MI area (Portage and Comstock). His parents were both from Connersville, Indiana and both attended IU. With most of his extended family in Connersville, that has remained a constant anchor city. He moved to Florida when he was 12 and then to Cobham, England when he was 17.

Chris came to Bloomington in 1996 as an IU Computer Science undergraduate. He began working for UITS in the public computing labs in late 1997 and quickly moved up in UITS to work in the campus networking group as a network installer. In 2001 He joined the Indiana University Global NOC team in support of the TransPAC and Abilene networks. He continues to work at the Global NOC today in the Telecommuncations Building at 10th and the Bypass.

In 2001, he married Laura Baich, who he met through a mutual acquaintance in the summer of 1998. In March of 2007, they welcomed the birth of a daughter. He owns a house a few blocks north of Bryan Park

He's an avid photographer and was a frequent poster to the Association of Monroe County Taxpayers discussion board under the "cjr" login. His photographs can be viewed at his pbase and smugmug sites.

Discovering the site only a week after its release (User # 4), he has been a very significant contributor to Bloomingpedia, making more than 1000 contributions to date. He was also a founding member of the Bloomingpedia Council.

His IM username is "chrobbIUB" on AOL and Yahoo IM.