It was originally owned by "Buddy" Bill Moser, and he operated it for nearly 38 years before closing in late summer of 2009. Seven weeks later, Jay Wiley reopened the store. 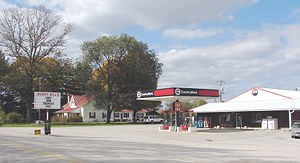