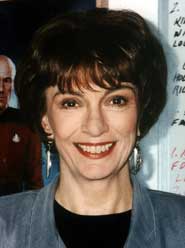 Jeri Suer Taylor (born June 30, 1938) is a screenwriter, producer and director who is best known for her contributions to various Star Trek television series. Her career spans from 1974 through 1998, when she retired. She was born and grew up in Bloomington and graduated from Indiana University with a Bachelor of Arts degree in English in 1959. She is a member of Kappa Alpha Theta. She received a masters in English from California State University at Northridge and an honorary doctorate from Indiana University in 2007. She worked with current IU professor, Lee Sheldon on Quincy and Star Trek: The Next Generation. She is now a resident of The Sea Ranch, California. 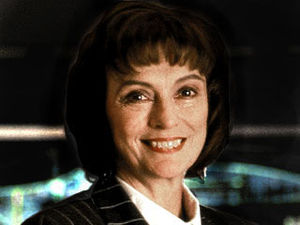 on the set of Star Trek