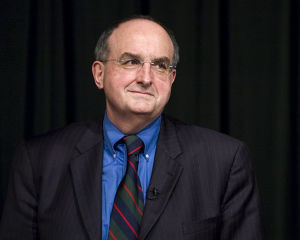 McRobbie at an event on campus.

McRobbie earned a bachelor's degree from the University of Queensland and a doctorate from the Australian National University. He has done research in parallel computing, computational logic, and symbolic computation among other areas.

In 1987, he was appointed a professor at the Center for Information Science Research at the Australian National University.

In 1992 he became Chief Executive Officer of the Cooperative Research Centres for Advanced Computational Systems in Canberra, Australia.