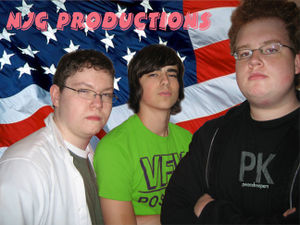 NJG Productions is a group of filmmakers founded in 2006 by Nick Jacobs, Grant Seifers, and Sam Julovich. NJG Productions has created numerous comedic films and music videos. Their first film being Drugs Not Hugs, gave them little recognition, but after creating a music video for a Lemon Demon song called Lawnmower, they received some minor honors on Youtube. After making Lawnmower they added Andrew Greiner to their cast.