Each year the city of Bloomington gets rid of its old pumpkins by holding a Pumpkin Launch. In 2007, the launch was held at Thomson Park on the southwest side of town. Three teams entered devices: one cannon, one strictly human-powered catapult, and one catapult using five gallons of water as a counterwight. The human-powered catapult was the most successful of the three. 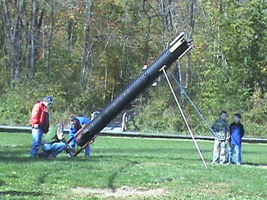 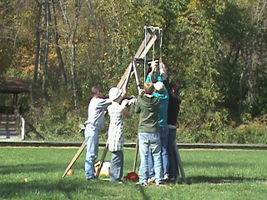 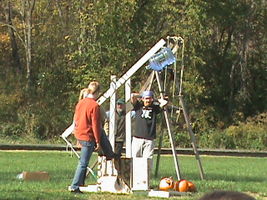