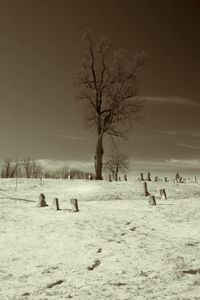 Rose Hill Cemetery is a beautiful, historic cemetery of about 15 acres on the near West side of Bloomington. It is located between 3rd Street and Kirkwood Avenue, stretching West from Elm Street to Adams Street. Considering the bustle of the surrounding areas, the Cemetery is surprisingly serene, with large shade trees and an unusually clear view of Downtown and the West Side. The peaceful atmosphere makes it a popular spot for pedestrians and bicyclists.

The oldest section of the cemetery is known as the Old Spencer Addition and is located in the southeast corner bordered by Maple and Third Streets. It was probably begun about 1818-1820. Records are available online and begin in 1821. Originally it was simply known as the Grave Yard and had the letters G.Y. carved on an oak tree near the entrance, but it was later known as the City Cemetery.

In 1892 the Ladies Cemetery Association assumed management of the cemetery. They hired a sexton and made many improvements to the grounds, and renamed the cemetery to Rose Hill.

A number of locally and nationally important people are buried in Rose Hill Cemetery.