The Scraps (sometimes billed as The World Famous Scraps) are a local Bloomington band who arose from the ashes of The Regionally Famous Binkleys (sometimes referred to as "that one band") in early 2007. The Scraps are comprised of Mike Emmett (bass/vocals) Chris Abert (guitar/vocals) and Chama Henry (drums). The Scraps surmounted a lot of adversity in their early genesis: A fire destroyed all their equipment and shortly thereafter Chama's hand was smashed in a machine press. Ever perserverant and tenacious, they continue(d) to play using substandard equipment in a small, stagnant bright pink box of a room. Mike Emmett, Chama Henry and Chris Abert find great satisfaction playing music together after years of moderate enjoyment playing with other folks. 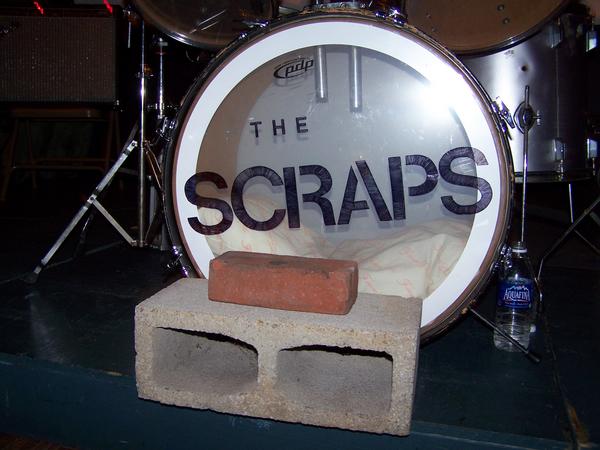