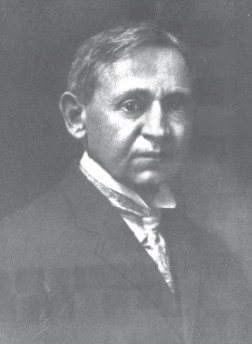 Born William Julian Bryan in Monroe County to John and Eliza Bryan, he entered IU in 1877, where he lettered in baseball and worked on the Indiana Daily Student. He received a Bachelor's degree in 1884 and a Master's in 1886. He also studied at the University of Berlin and Clark University, whence he received a Ph.D. in psychology in 1892. In 1889 he had married the former Charlotte Lowe, and replaced his middle name with his wife's maiden name.

In 1902 he was named president of the University. Under his guidance many new schools were established, including the business and music schools, and the university grew from less than 1500 students to more than 7,000.

He was the author of several books, including: Studies in Platoʼs Republic, (1898); On the psychology of learning a life occupation, (1941); and The measured and the not-yet-measured (1947).

After retirement, Bryan continued to reside in the President's house on campus, until his death. It is now known as Bryan House.

Bryan Hall, Bryan Park, and the Bryan Room at the top of the Student Activities Tower in the Indiana Memorial Union bear his name.

He is a charter member of the Monroe County Hall of Fame. The description on his plaque reads "Indiana University President, 1902-1937, Professor, 1884-1902, Director, Carnegie Foundation for Advancement of Teaching 1910-1937, Author."

Bryan also dabbled in real estate, building an apartment building on Kirkwood Avenue named Arbutus Flats. He, along with Carl Eigenmann and Ernest Lindley and others, created a new subdivision and addition to the City of Bloomington named Outlook Addition. These men, like many others of the time and place, favored a segregated Bloomington. This deed transfer is from 1927, Page 85 of Deed Book 77 as recorded in the Monroe County Recorder's office: