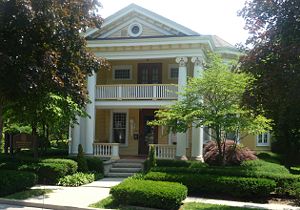 The house at 430 N. Washington was originally built by W. Edward Showers. J. L. Nichols, Architect was engaged to design the building on a budget of $10,000. The Bloomington Courier reported that the house had every modern convenience, including gas and electric fixtures, central heat and 'the finest bathroom in the city'. The Showers family moved into the house in April, 1904.

In 1912 Showers engaged Brubaker & Stern for 'general interior remodeling and landscaping' on a budget of $5,000.

In about 1926 Showers traded houses with William Graham and moved to N. Walnut Street.

The Washington Street house now is home to the Showers Inn Bed & Breakfast. 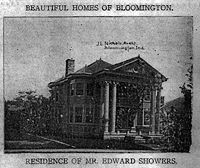