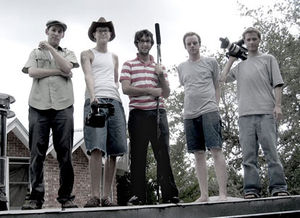 Since posting their first short in September 2002, The Late Train Productions has entertained countless visitors to their website, www.thelatetrain.com, with quirky, off-beat independent films. The website was a finalist in the Interactive section of Austin's South by Southwest in 2004. Jeff Freeman's animation Re-Entry was featured as part of the Austin Animators' Showcase at the 2003 Santa Fe Film Festival. Their Self-Inflicted 30 Day Film Festival debuted theatrically at the Alamo Drafthouse Cinema in April 2004. AtomFilms has featured two shorts by the group. Video podcasts of the group's entire catalog are featured on the Apple Music Store.

The Late Train Productions released its "Year One Collection," a DVD including all of the content created during the first year of production, in March 2004, and its 30 Day Film Festival DVD in July 2004. Their website was named "The Best Place to Watch Silly Little Movies" by the Austin Chronicle in 2004.