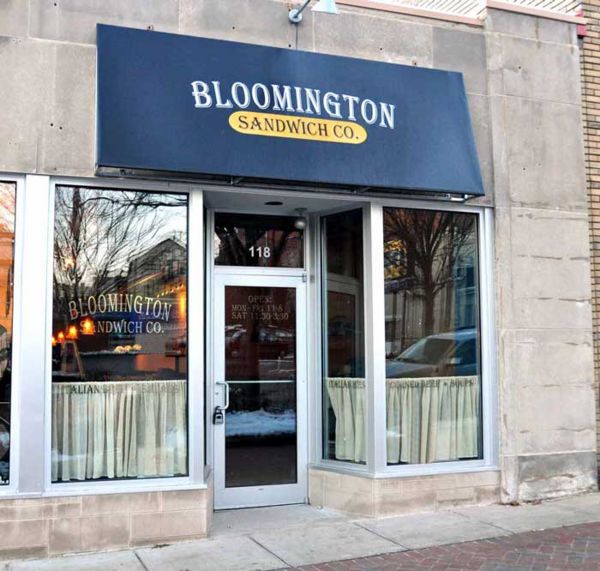 Bloomington Sandwich Company is a popular downtown restaurant in Bloomington newly reopened on Kirkwood Ave. It was started by Mike Moy and his wife Carole Moy in 2005. It was originally located at 107 N College Ave, and reopened in December, 2010, at 118 E Kirkwood Ave. At its former location, the restaurant received an award for customer service from the Bloomington Downtown Revitalization Project.

A large mural depicting icons of Bloomington and Indiana University, which was painted by Carole, is on the left wall. There are also pictures of Bloomington from the early part of the 20th Century in the restaurant. 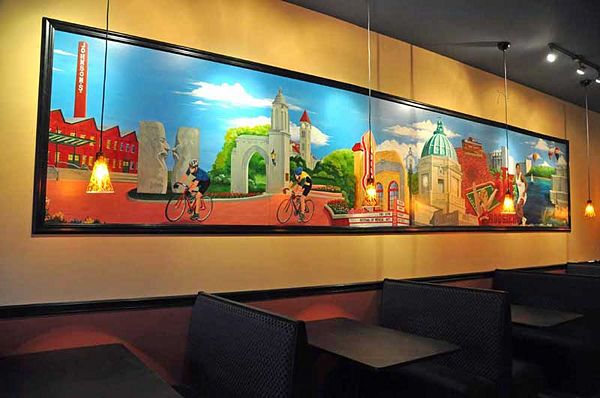 The mural inside the restaurant

They do have items that are for children such as Hot Dogs, Chicken Tenders and 1/4 sandwiches.

Their new location has allowed them to also host parties and events like rehearsal dinners.