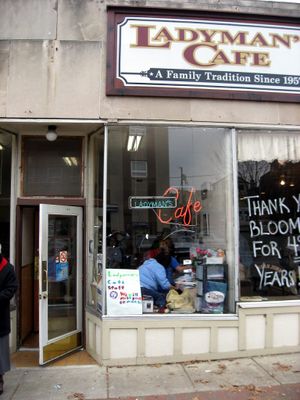 As seen from sidewalk out front

Ladyman's Cafe was a small restaurant that opened at 122 E. Kirkwood Avenue in 1957. The restaurant was known for its simple, home-cooked meals and fresh-baked pies.

On May 5, 2006, a fire was set in a dumpster near the cafe and it spread to the seating area. It was suspected that it was caused by an arsonist. The business closed for 2 weeks and damages were estimated at $25,000.

The restaurant announced it would close after Heartland Development Group announced that they would be building a new parking garage and office building where Ladyman's and other surrounding businesses are located. Another developer involved, Finelight, abandoned their development plans for the buildings after they claimed the city was not forthcoming enough in their plans to develop additional parking and fund the development of a new garage nearby.

Leading up to the restaurant's closing, there were several articles in local papers covering the history of the restaurant and indicating that it would be closing on Sunday December 10th, 2006. On Saturday and Sunday of its closing weekend, the restaurant was almost always packed and on Saturday alone they had more than 300 customers. On Sunday there was talk of a petition going around to try to save the restaurant. 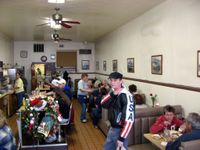 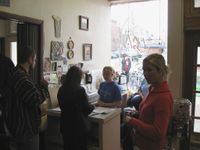 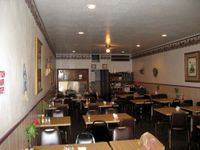