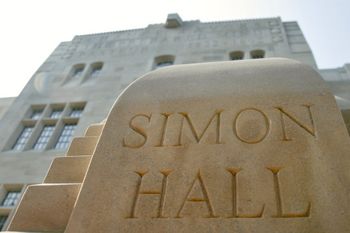 Simon Hall is a 4 story building located directly north of Myers Hall and south of the Department of Chemistry building on the Bloomington campus of Indiana University. Originally called the Multidisciplinary Science Building Phase I (MSB I), the ground for Simon Hall was broken on June 3, 2004. It was designed by Flad & Associates, in Madison, Wisconsin and was constructed with Indiana limestone. Construction was completed in 2007 with the first tenants moving into the building in September 2007. The official dedication was held on October 16, 2007.

As the original name implies, Simon Hall houses scientists from a variety of fields including biologists, microbiologists, molecular biologists, geneticists, analytical chemists and biochemists, and biophysicists. It is hoped that this arrangement will help to foster new and important collaborations between these different disciplines.

Simon Hall is named in honor of the Simon family for their monetary gift in the amount of $9 million. 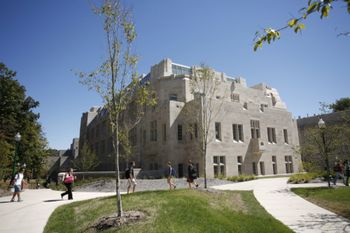