Ugly Early is a Mitchell In. based band formed in 2006 playing crowd pop/rock favorites and dance music at a number of regional venues such as State Dock Ky., Roosters Bloomington In., Olde Downtown Tavern, Bedford, IN., Bottoms Up, Linton IN., and the list continues.

Ugly Early's career started in January of 2006 with the plan of implementing an assault on ones senses with good quality dance music, a professional stage show including lights & lasers, and incorporating a video show of the latest internet viral videos and other nostalgic clips from yesteryear.

The original line-up consisted of Jeff Stevens (Jacknife/Psycho Funk/XXX Drive In), Eric Jones (Jacknife/Fury/Sixided), and Mike James (Rumor Has It/Tripp) who struggled in search of a permanent drummer solution until Brian Christian (Boneyard) arrived just in time for the debut show at Perry Street Tavern in November of 2006. Along the way Ugly Early picked up local artist Andrea Fiedler (Stella & Jane + Andrea) and performed many shows until early August 2007 when Brian Christian and Andrea Fiedler departed Ugly Early on good terms to focus on other endeavors.

Ugly Early then picked up Nashville recording artist Ronnie Minton (Hanover Fist/Seventh Son/Psycho Funk) and performed at the N-Zone in Linton IN. late August 2007 to a capacity audience.

Ugly Early continued touring for the next three years playing a wider range of venues, and the addition of new and different music until August 2010 of which Mike James announced his departure and subsequent retirement from the music scene.

At that time Ugly Early was joined by none other than Dennis Kemper (Chet & the Molesters/Atomic Farmboyz),taking Ugly Early to a the next level with his quality guitar work and vocal talents. 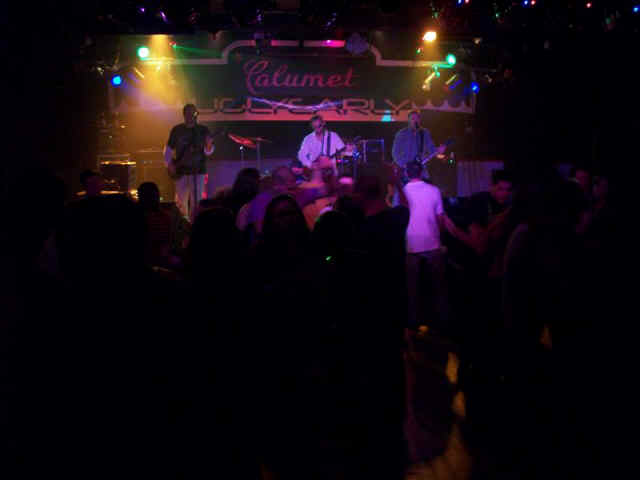