This page is just here to keep track of some Bloomingpedia milestone articles, edits, users and so on. Some of these statistics require direct access to the database.

Note: In June of 2006, several articles where moved out of the main namespace to the Bloomingpedia namespace. This caused all milestones earlier than the 800th article to be off by a certain amount when viewed on the Special:PageCreateOrder page. By as much as 17 places. Some articles may be moved to a new name, also causing other article's appearent rank to be changed. These milestones represent the first article to reach the Xth spot, regardless of whether the rank of an article decreased due to an article being moved. 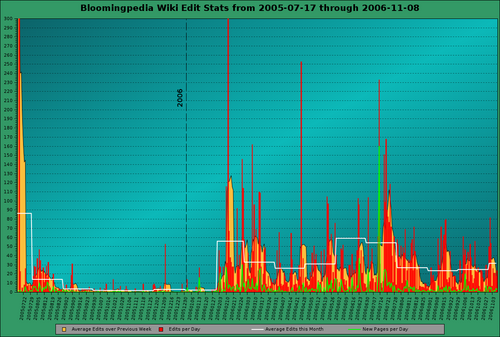