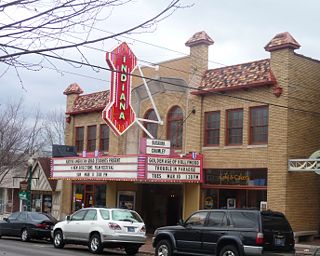 The Buskirk-Chumley Theater is housed in the historic Indiana Theatre building, located at 114 E. Kirkwood Avenue, just off of the courthouse square in downtown Bloomington.

The theatre was built in 1922 and originally know as the Indiana Theatre. The architects were the firm Shourds-Stoner of Terre Haute. A photo showing the original appearance of the theater can be viewed at the web site of the Monroe County History Center. The theater was badly damaged by fire in 1934.

Originally, the theater featured a mix of vaudeville and silent movies. The famous local musician, Hoagy Carmichael, played at the Indiana. It is served by the Sunrise Box Office.

In 1975, the Vonderschmitt family sold the Indiana to Kerasotes Theatres. They enclosed the upper balcony in order to install a second screen. In December 1995, Kerasotes gave the theater to the Bloomington Area Arts Council, who then restored it and reopened it in 1999 as the Buskirk-Chumley. 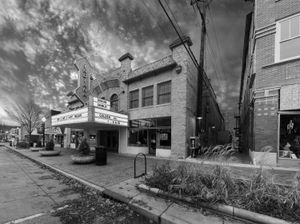 Today, one can see classic films and live performances in this unique venue. Also, the Theater Cafe operates from the streetfront space at the theater and now hosts the BLU Boy Cafe and Cakery.